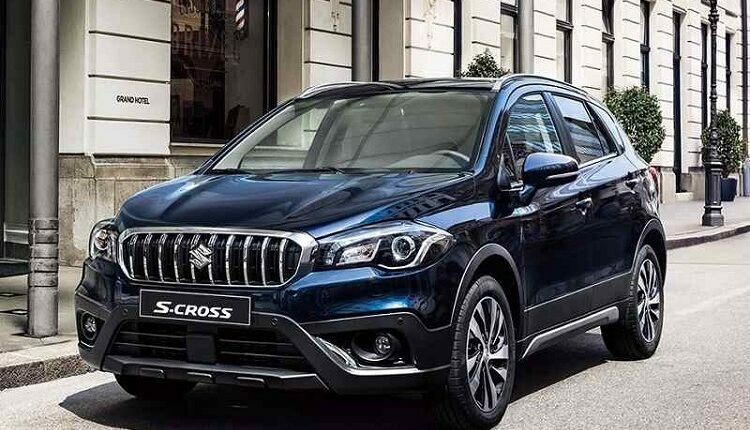 The Maruti S-Cross cannot be referred to as an SUV but more of a crossover instead. The upright nose might have you mistake it for being an SUV, but an SUV it is not. Some think of it as an over-grown hatchback – whichever way you look at it, the S-Cross offers a great combination of both. When the S-Cross was introduced for the first time in India, it didn’t catch on well because of a sloping bonnet, which didn’t appeal to buyers looking for an SUV-like profile. When launched back in 2015, it was by no means, the perfect formula. It also came powered by two Fiat-sourced diesel engines: a 1.3-litre engine and the then imported 1.6-litre diesel engine. The more powerful unit of the two found very limited buyers because of its high price, which meant it was eventually destined to be discontinued. Then the 1.3-litre diesel motor came with a mild-hybrid system. In 2017, the S-Cross received an all-important facelift that included a restructured face, a high-set bonnet, giving it an SUV look from up-ahead. It is just as capable as any compact SUV out there, but it still hasn’t managed to punch above its weight. In 2020, it got a BS6-compliant 1.5-litre naturally aspirated engine. Also, since the competition has moved on, it even gets an automatic transmission.

The Maruti Suzuki S-Cross is powered by a 1.5-litre engine producing 103bhp and 138Nm of torque, and this is the same engine that’s found in the Vitara Brezza and Ertiga from Maruti Suzuki Cars. It doesn’t make it the most powerful or the torquiest in the segment and the Maruti Suzuki S-Cross comes with a 4-speed torque convertor automatic, which isn’t as refined as the CVTs and dual-clutch automatics the competition have to offer. In the city, the Maruti Suzuki S-Cross is at its best; it is quick and smooth in bumper-to-bumper traffic. We couldn’t feel any jerkiness and the S-Cross snakes its way into tight gaps quite effortlessly. Low-speed responses are good and the engine and gearbox combination is perfect. The ‘box holds on to gears for longer. Put your foot down and the engine is happy to rev beyond 3000rpm; it accelerates impressively too. And the strong top-end also helps.

Performance isn’t great, the gear shifts are a bit sluggish and acceleration flattens out a little. But if it’s for the city, then the S-Cross is a great product. In traffic, it responds well; the engine is smooth; it’s just that performance is not what you’d expect, particularly on highways. There are no paddle-shifters or drive modes, but the car features an automatic stop-start function, which proves to be quite useful. The 5-speed manual ‘box, on the other hand, fells like the livelier of the two. The K-series motor is nice and smooth, revs freely and it’s the top-end of the rev range where it feels the best. Performance is peppy and the smooth-shifting manual makes driving in the city easy work. The S-Cross is nimble and the engine responds well at low revs and the clutch is light. Push down on the throttle and not much happens until you downshift. The ride quality makes this a very comfortable car to sit in; the suspension quietly soaks in bumps. You can carry good speed over poorly maintained roads; it is also quite a fun car to drive. The steering has a good amount of weight to it, which gives the driver confidence at high speeds. It’s also happy to charge into corners; however, it cannot be compared to a Swift, another product from Maruti Suzuki Cars. The handling makes it a nice car to drive. The brakes perform well, thanks to discs being offered on all four wheels.

On the inside, not much has changed. The S-Cross features a SmartPlay screen interface that feels better to use. The dashboard and dials and the whole lot remain untouched. However, it continues to be spacious and airy; the all-black interiors don’t do much to uplift the ambience in the cabin though. The seats up-front are huge and supportive while quality levels are quite good. Ingress and egress is easy and the switchgear is well made. At the back, it is very comfortable with lots of legroom on offer and the backrest is angled at a good position. There are no AC vents at the back though. In terms of equipment, it features automatic headlamps and wipers and LED projector lamps. Also, grab the latest info on the new cars, only at autoX.

How to Save On Car Ownership

Five Reasons You Should Use a Car Cover

What To Look for When Buying a New Toyota

Why Paint Protection Film or PPF is Better?