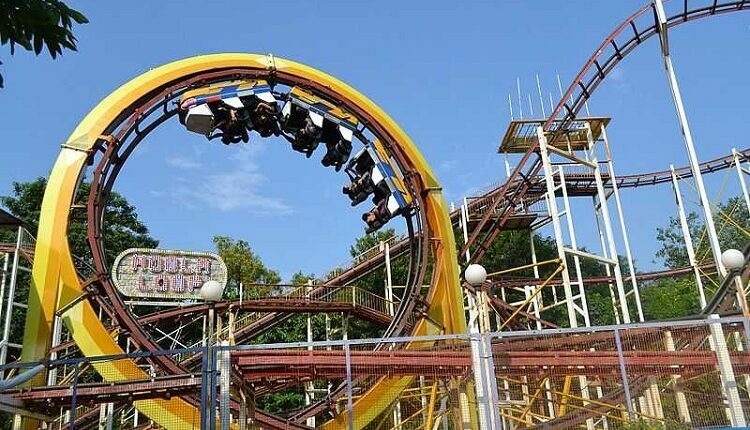 Amusement and theme parks make for a great refreshing time away from all the stress and tensions of the day-to-day work life. You set everything aside and scream your lungs out and get into the sheer thrill of the moment, something we all need once in awhile. This article talks about some of the top places you can visit in India for this.

It has not been long until the trend of theme park, amusement park and entertainment center started catching up in India. Over the past decade, major cities all over the country have been seen to establish such places. These places have become a major reason for travel to these cities and the demand is ever growing as the majority of the Indian have never seen an amusement park in the whole lifetime. Which is why sometimes you will see the parents looking more enthusiastic than the children! Here are some of the top amusement parks and entertainment centers in India.

The Kingdom of Dreams, Gurgaon

This is the biggest and first live entertainment centre in India. Set in the city of Gurgaon, it can easily be approached by a Delhi to Gurgaon cab from the national capital. The Kingdom of Dreams has possibly everything under it that you need not go anywhere else in Gurgaon seeking for more entertainment. This place opened for public In the year 2010 and is a perfect representation of the Indian culture in a modern light. The culture gulley is like the upgraded and modern version of the Dilli Haat in Delhi. You will find a line of restaurants of various cuisines in both sides of the path. If you have a refined taste for art and follow broadway, you can skip the cringe-worthy Bollywood musical that goes on in the auditorium.

One of the top state-of-the-art amusement parks in Bangalore, Wonderla is one of the major reasons you see families travelling to Bangalore. One unique feature of this amusement park is the Rain Disco, which is basically a dance floor where warm water is sprayed on the people choreographed and timed according to the music or beat. It is simply fun!The waters are guided by psychedelic laser lights which make it look even more fun and attractive. A good number of rides in the park are mostly water-based.

The main film city where thousands of Indian movies have been filmed, the Ramoji Film city is a beautiful place to visit. From Bollywood films to various regional films, there have been a countless number of films shot here over the years. If you are lucky, you might get to witness a live shooting going on while on your visit. Apart from this, you can visit the eco zone which houses nurseries of beautiful flowers. You can also visit the adventure park where activities like paintballing and zorbing are open for all.

Of all the places mentioned in the list, the Kingdom of Dreams is the most easily accessible and convenient as Delhi to Gurgaon distance lies at 20 km and you can just hop onto a cab from the capital city and pay a visit!

Best Places To Camp And Hike In New York